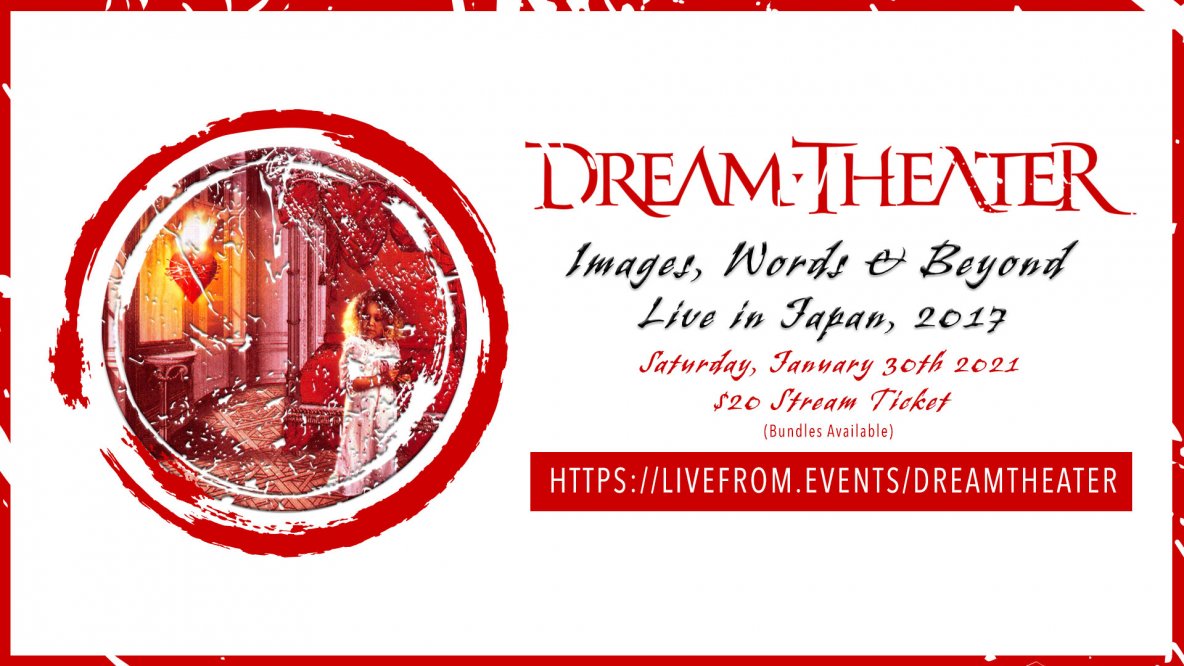 Get tickets for the livestream here! https://livefrom.events/dreamtheater/

Filmed at the historic Nippon Budokan in Tokyo, Japan, in September of 2017, this historic performance has never before been released worldwide. January 30th, 2021 marks the first official release from Dream Theater’s ‘Images, Words & Beyond’ tour, featuring a live performance of the classic album, ‘Images & Words’, captured in its entirety during their September 11th, 2017 appearance in Tokyo. Don’t miss this presentation, in full HD, initially broadcast only for Japanese audiences, and now for the first time available to audiences worldwide.