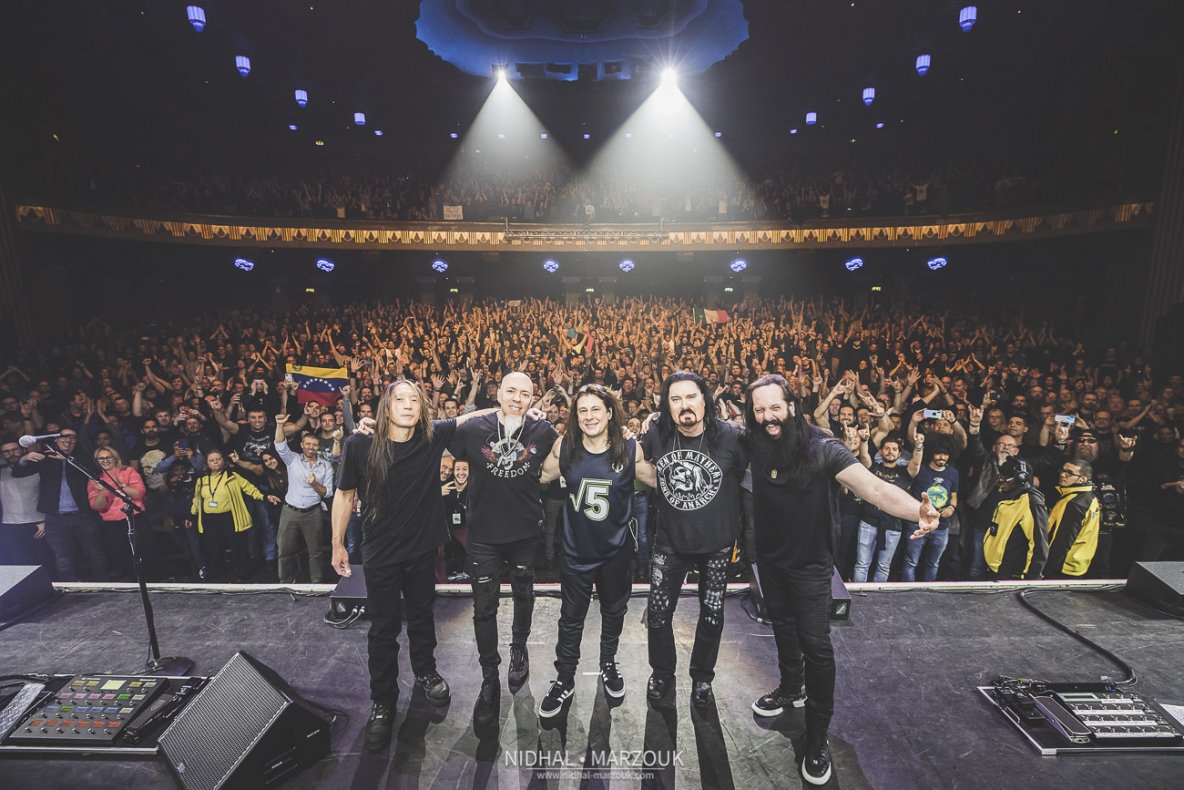 Two-time GRAMMY-nominated and millions-selling progressive music titans Dream Theater are back with the latest live installment to their impressive thirty-one-year catalog of releases. Scheduled for release on November 27th, the band is set to unleash their ninth career live album Distant Memories – Live In London. Recorded at their sold-out show at the Apollo Theatre in London, the live release documents the band’s popular world tour in support of their latest critically acclaimed studio album Distance Over Time and the 20-year anniversary of their seminal concept album Metropolis Part 2 – Scenes From A Memory.

“Whether you had a chance to see this tour in person and want to relive what was hopefully an awesome concert experience or enjoying the performance on video for the first time, Distant Memories – Live In London very accurately and very beautifully captures the energy and excitement we all felt together at the Apollo this past February,” explains guitarist John Petrucci.

Distant Memories – Live In London is the band’s first since 2014’s Breaking the Fourth Wall. The new live release will be available in various configurations including digital only, a 3-CD and 2 DVD multibox, a 3-CD and 2 Blu-Ray digipak with slipcase, a limited deluxe 3-CD + 2 Blu-Ray + 2 DVD Artbook and a limited 4-LP and 3-CD box set. The video components will also feature a Behind The Scenes look at the band as they get ready for the shows.

The tracklisting for Distant Memories – Live In London is: