Train of Thought is the seventh studio album by Dream Theater. Inspired by the audience response to Dream Theater’s heavier songs while on tour, the band wanted Train of Thought to be a “balls to the wall” album with heavier, darker riffing, exposing them to a number of new metal fans. The album was written in three weeks and was engineered by Doug Oberkircher and mixed by Kevin Shirley. 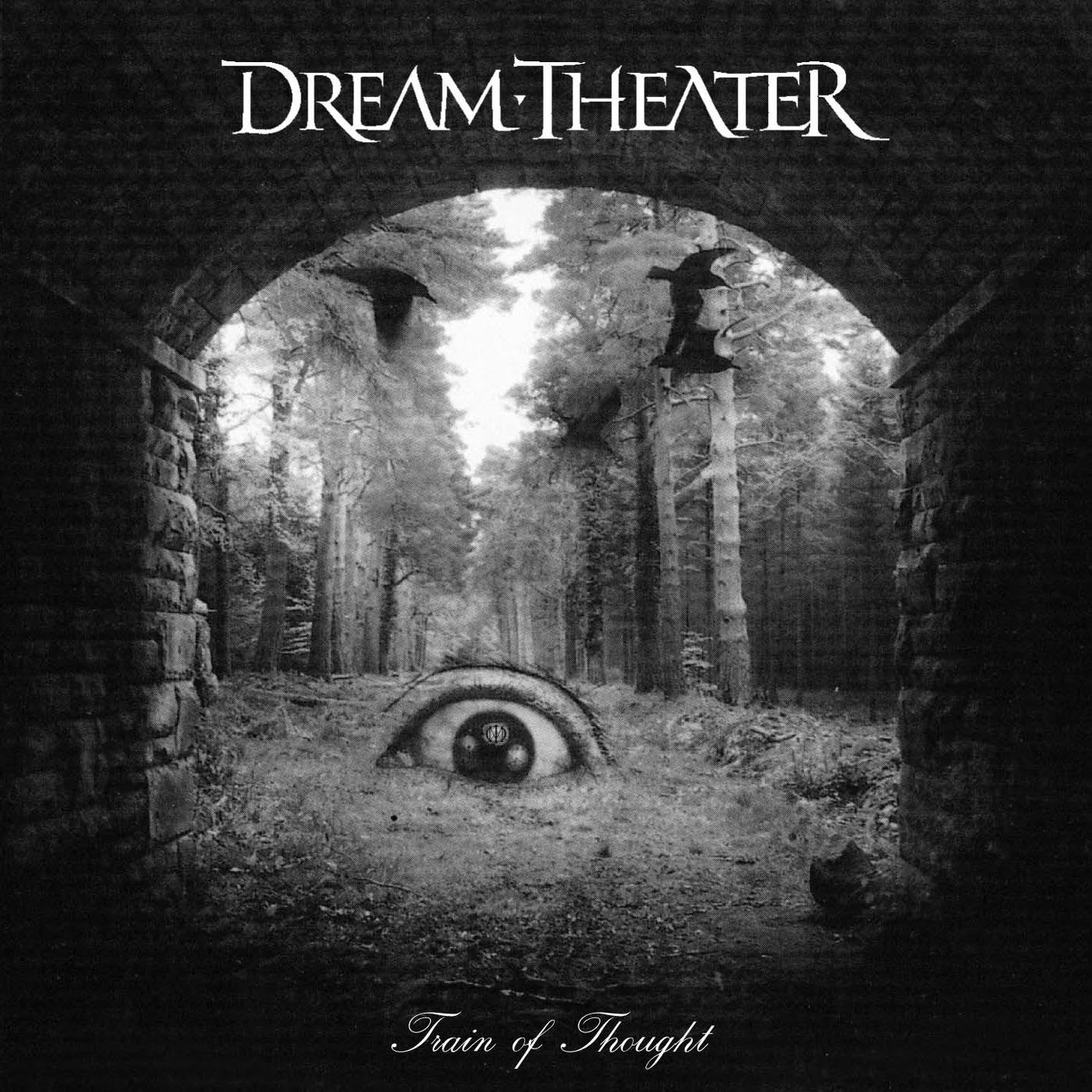 The album opens with the same chord that closed the previous album, Six Degrees of Inner Turbulence. Similarly, the faint piano note that ends the album is heard at the beginning of the band’s next album, Octavarium.

Some lyrics of “As I Am” were inspired by Dream Theater’s 2003 summer tour with Queensrÿche, described by Mike Portnoy as an “irksome series of shows.” According to Portnoy, Queensrÿche guitarist Mike Stone tried giving John Petrucci tips on playing guitar, leading Petrucci to write the lyrics: “Don’t tell me what’s in, tell me how to write”.

“This Dying Soul” continues Mike Portnoy’s Twelve-step Suite, which started with “The Glass Prison” on Six Degrees of Inner Turbulence and later continued with “The Root of All Evil” on Octavarium, “Repentance” on Systematic Chaos, and concluded with “The Shattered Fortress” on Black Clouds & Silver Linings. These songs share some of the lyrics and melodies. For example, this song features a riff from “The Glass Prison”, which is heard at the start of this song’s step “Release”.

“Honor Thy Father” was written about Mike Portnoy’s stepfather. When asked about what inspired him to write that song, he stated in an IRC: “I’m not very good at writing love songs, so I decided to write a hate song!”

Some of the samples in the instrumental break “Honor Thy Father” are taken from Paul Thomas Anderson’s film Magnolia, in the scene when Jason Robards’ character is talking to Philip Seymour Hoffman’s character about his regrets in life. There are also parts taken from the film At Close Range in which a scene of Sean Penn and Christopher Walken’s characters can be heard arguing. Other voice samples heard during the bridge were taken from the movies Ordinary People, The Royal Tenenbaums, and Oz.

The lyrics to “Vacant” were inspired by James LaBrie’s daughter, who fell into a short coma after suffering a sudden, unexplained seizure three days before her seventh birthday.

“Stream of Consciousness” is the longest instrumental on a Dream Theater studio album to date.

Between 5:51 and 6:07 of the song “In the Name of God”, there was a hidden composition buried beneath the far louder sounds of the song itself which lay undiscovered for over a year and a half. The band did not tell anyone that a hidden “nugget” (as it became known amongst Dream Theater fans) was present in the song, and only when Mike Portnoy mentioned it in his Mike Portnoy: Live at Budokan Drum-Cam DVD over a year later did someone find it. The Mike Portnoy message board was rife with fans scouring the song looking for what it might be, until a fan going by the pseudonymous name “DarrylRevok” mentioned that from 5:51 to 6:07 there appeared to be morse code audible, which Nick Bogovich (user handle “Bogie”) isolated and discovered that when translated to English, the phrase “eat my ass and balls” (a Mike Portnoy catchphrase) was the result.

From 12:56 onwards of “In the Name of God”, the American Civil War hymn “The Battle Hymn of the Republic” can be heard in the right channel.

Jordan Rudess played the final note in the album (heard at 14:06 of “In the Name of God”) with his nose as shown in the “Making Train of Thought” documentary. Mike Portnoy approved the take while he was filming.