Score is a live album and DVD by Dream Theater, recorded on April 1, 2006 at Radio City Music Hall in New York City. The concert was the last of their 20th Anniversary Tour, labeled “A Very Special Evening with Dream Theater”. The entire second half of the concert features a complete symphonic orchestra, dubbed “The Octavarium Orchestra”, conducted by Jamshied Sharifi. 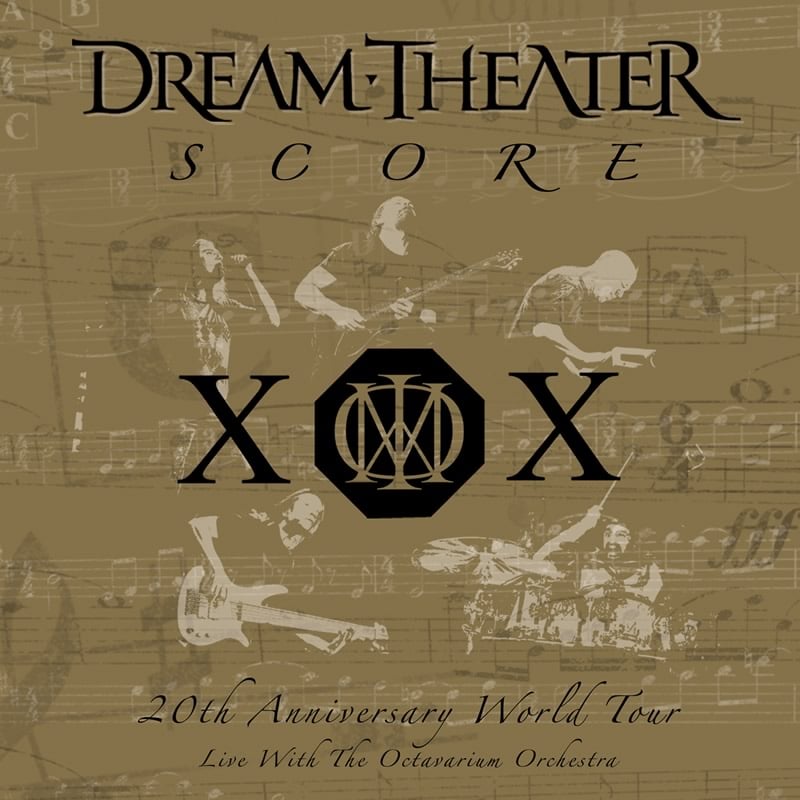 The album was released on August 29, 2006 and contains the entire concert setlist, including the encore. A condensed version of the concert was aired on VH1 Classic on August 25, 2006, 4 days before the release of the album and DVD. It was released on September 2, 2006 in Australia.

The title of the album comes from the word “score”, meaning the number twenty, in reference to the band’s 20th anniversary. It can also refer to a conductor’s musical score, which is seen on the album cover.

Two of the songs recorded on this album were previously unreleased: “Another Won,” a song written by the band in their earlier years, when they were known as Majesty; and “Raise The Knife”, a song recorded for but omitted from Falling Into Infinity.

In Australia, the three-disc version of the album was released on September 2, 2006.