Images and Words is the second studio album by Dream Theater, released on July 7, 1992 through ATCO Records. It is the first Dream Theater release to feature James LaBrie on vocals. The album maintains its position as the band’s most commercially successful studio album to date, and the song “Pull Me Under” has the distinction of being the only top-10 hit (radio or otherwise) the band has had to date. 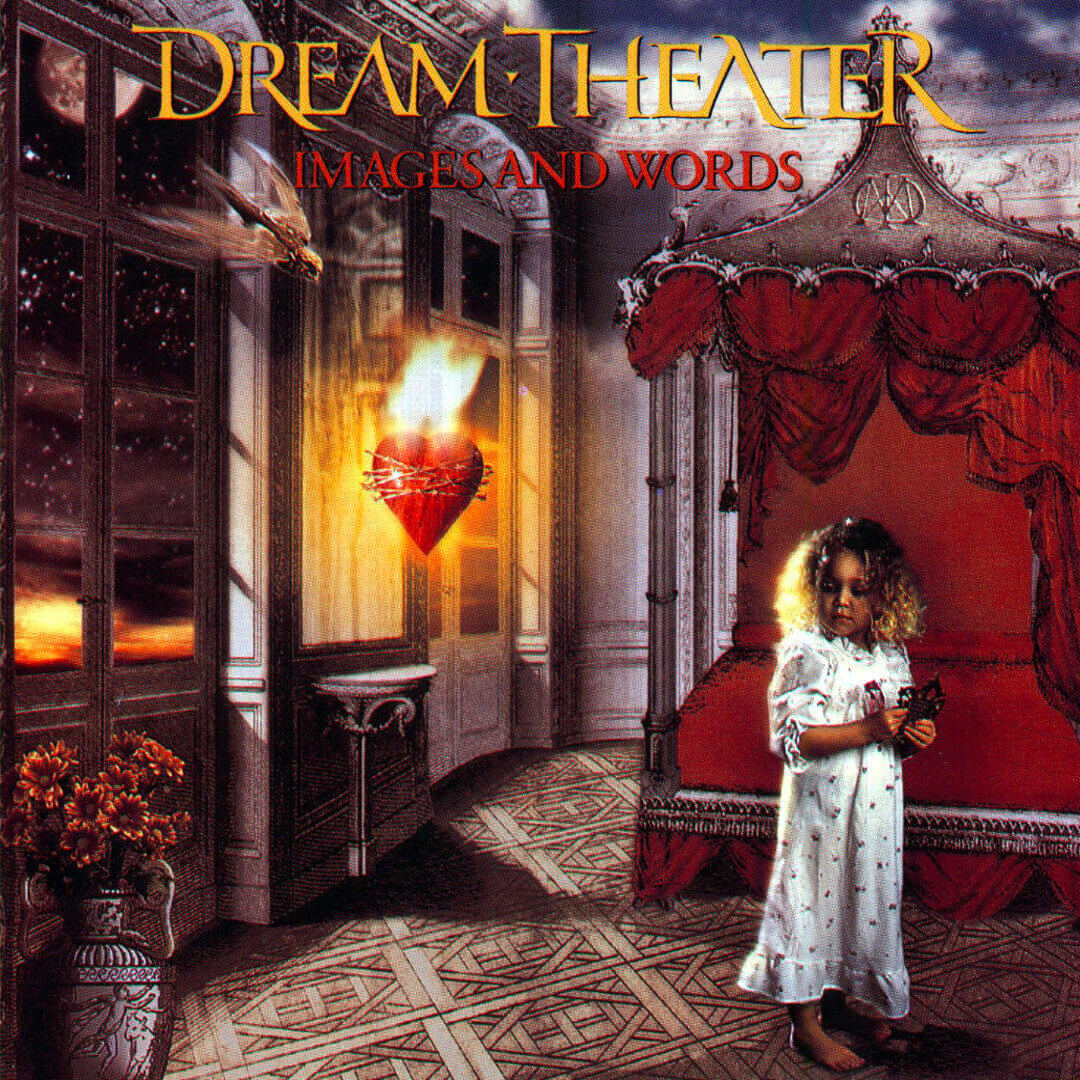 ABOUT IMAGES AND WORDS

After Charlie Dominici’s departure from Dream Theater, the band auditioned nearly 200 people across the nation before James LaBrie, then of the Canadian glam metal band Winter Rose, sent the band an audition tape. After a short jam session, he was named Dream Theater’s new lead singer, and has remained so ever since.

With LaBrie on board, the band was signed to a seven-album contract by ATCO Records, and shortly after began recording their new album in late 1991. The lead single, “Pull Me Under”, gained the band considerable commercial success with its airplay on MTV and radio, garnering them a top 10 hit on Billboard’s Hot Mainstream Rock Tracks chart. When the album was released, it sold at a steady pace, helped by an extensive world tour.

Dream Theater originally intended to release a double album, but this was rejected by ATCO, causing several songs to be omitted from the album. One of these songs, “A Change of Seasons”, would later be re-recorded by the band and released on an EP of the same name in 1995.

The song “Take the Time” includes samples from Kurtis Blow’s “Christmas Rappin'” (“Hold it now”), Frank Zappa’s “Dancin’ Fool” (“Wait a minute”), and Public Enemy’s “Power to the People”, (“Come on”). James LaBrie had appeared as a guest vocalist on Fates Warning’s 1991 album Parallels, for which the band was credited as “Dream Theatre” in the “special thanks” of the album’s credits. Dream Theater responded by thanking “Fatez Warning” in the credits of Images and Words.