Awake is the third studio album by Dream Theater, released on October 4, 1994 through East West Records. It was the last Dream Theater album to feature keyboardist Kevin Moore, who announced his decision to leave the band during the recording of the album. Much of the material for Awake was written in writing sessions between February and April 1994, during which Dream Theater were under pressure from their record label to produce an album as successful as Images and Words (1992) with a single similar to “Pull Me Under”. 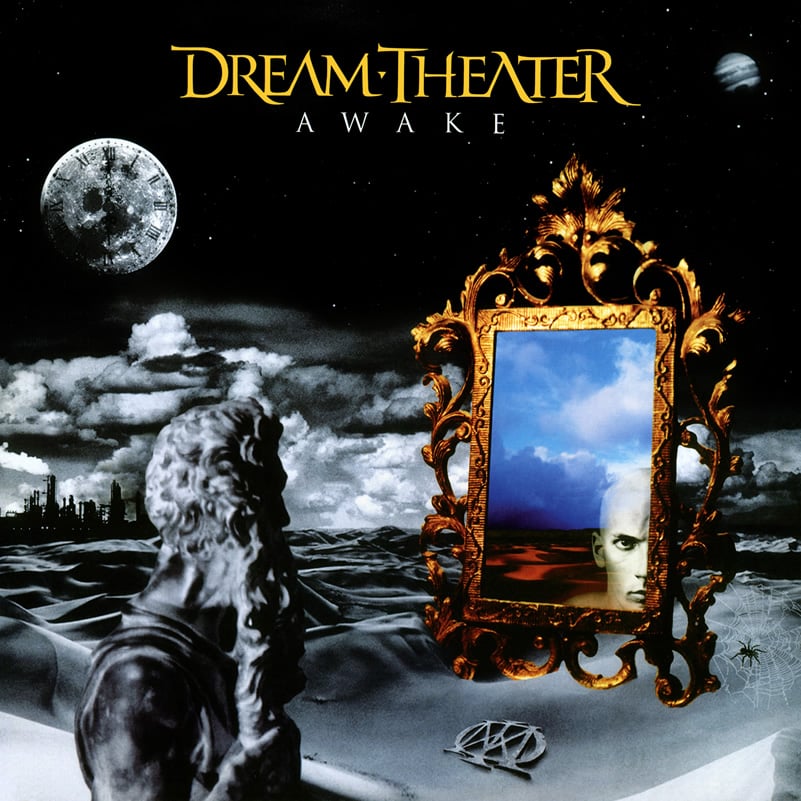 After a month-long break, Dream Theater started working on their third studio album in February 1994. The band’s two-month writing sessions were located at Prince Studios, New York City. The lack of a leader within the band increased tensions in what were already tense sessions. Keyboardist Kevin Moore noted at the time that “there are arguments that last forever because there’s nobody to come in and draw the line”. “When it came to the music, you had guitarist John Petrucci and I playing the roles we still kind of play, and Kevin was also a forceful element,” drummer Mike Portnoy said. “In those days, bassist John Myung was a little bit more out of his shell, so the bass was a bit more predominant in the band. The fighting never came to blows, but there was a lot of bickering over every single element, like the fine details of what the third note on the sixty-fourth bar should be.”

The success of Dream Theater’s previous album, Images and Words, particularly the single “Pull Me Under”, put pressure on the band to produce a similarly successful follow-up album. “Somebody once said that you have your whole life to prepare for your first album and have about two months to prepare the follow-up, and that was very much the situation we faced in early 1994,” Portnoy noted. The popularity of alternative metal and groove metal meant that the band’s record label, East West, were keen for the band to create a heavier, darker album.

Awake featured Petrucci’s use of a seven-string guitar for the first time, establishing a more riff-based writing style. “This style would further cement the fusion of metal and progressive music, which is what Dream Theater are known for,” Petrucci said. “I think it paved the way for many of our strongest and heaviest later songs like ‘A Change of Seasons’, ‘The Glass Prison’ and ‘The Dark Eternal Night’.” Vocalist James LaBrie described his vocals on Awake as “more varied and a lot more aggressive” than on Images and Words to the extent that people may think the band had a new singer for the album.