Voted “Best Keyboardist of All Time” by Music Radar Magazine, Jordan Rudess is best known as the keyboardist/multi-instrumentalist extraordinaire for platinum-selling Grammy- nominated prog rock band, Dream Theater. At nine, he entered the Juilliard School of Music Pre-College Division for classical piano training, but by his late teens he had grown increasingly interested in synthesizers and progressive rock music. Against the counsel of his parents and tutors, he turned away from classical piano and tried his hand as a solo progressive rock keyboardist. 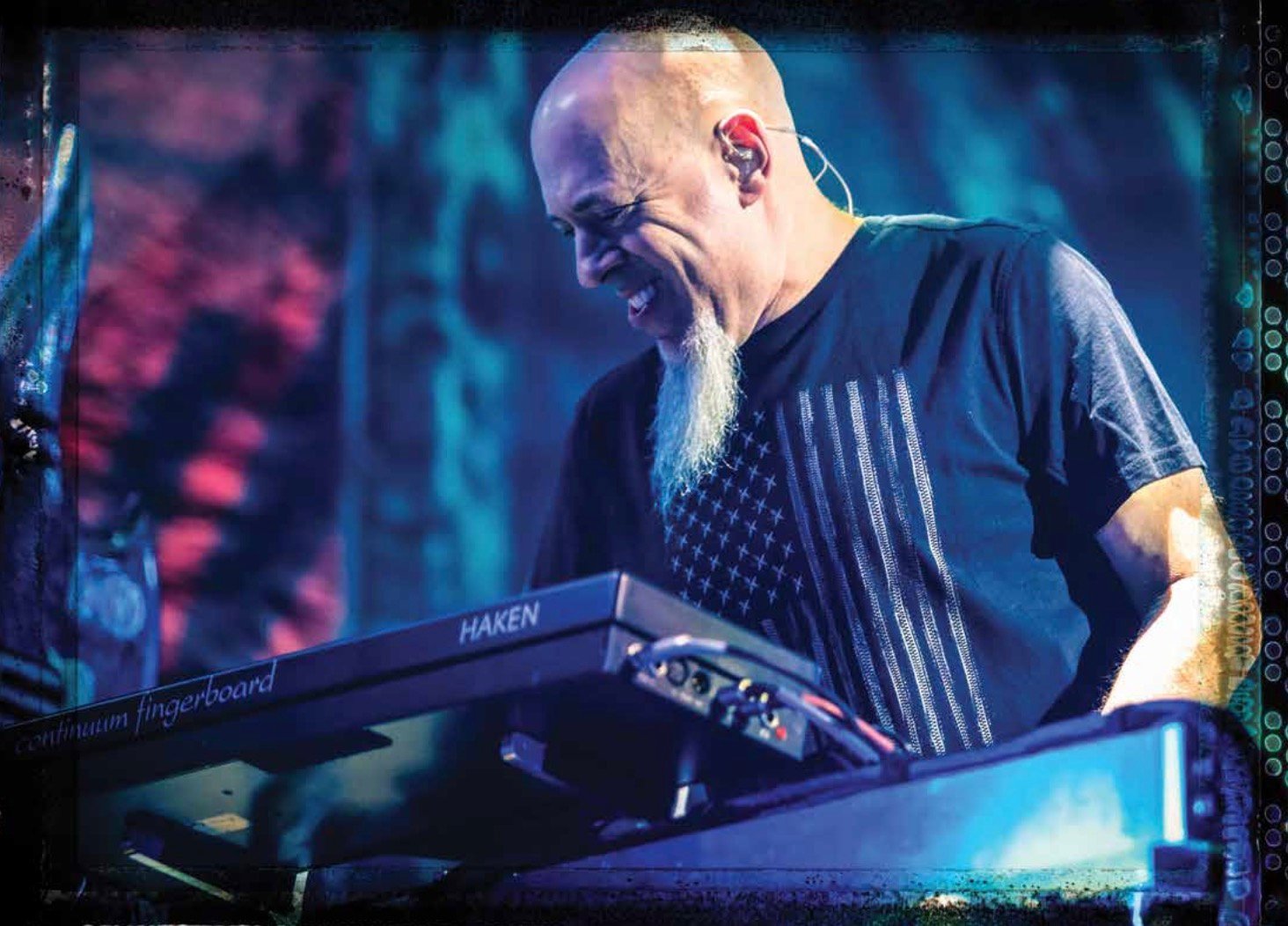 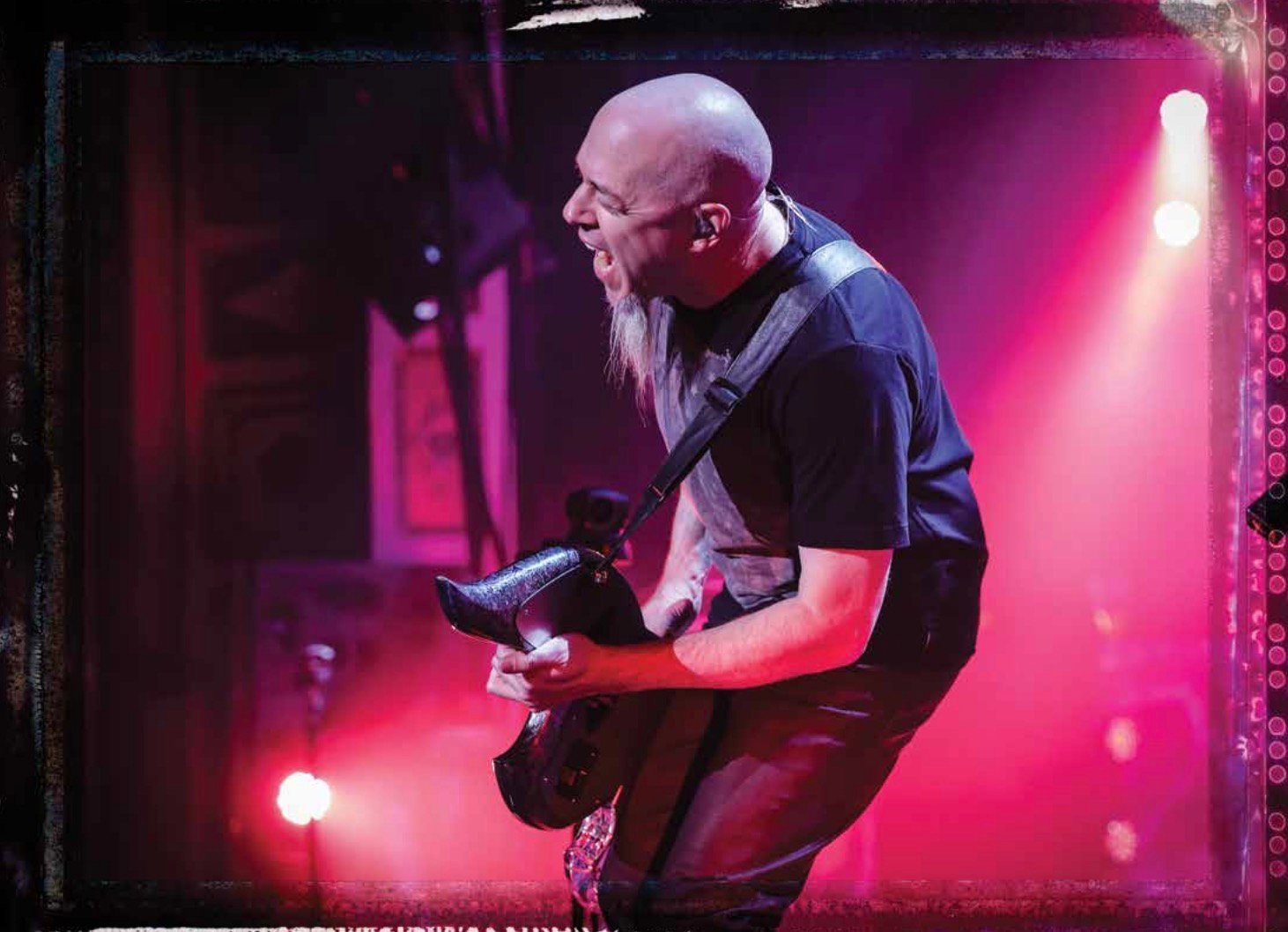 A little glimpse of the videos I'm posting to my Patreon offering a look at life on tour. Join my inner circle on Patreon for exclusive footage, photos, and stories chronicling my backstage journey during @dreamtheaternet's Top Of The World Tour! patreon.com/jordanrudess pic.twitter.com/ZukVkcfEyw

Dream Theater returns to Italy this week with shows in Naples, Florence, and Brescia! Here's a little clip taken from our trip to Italy last year! All tour dates and tickets are available at dreamtheater.net/tour/ See you on the road! #JordanRudess #DreamTheater #Italy pic.twitter.com/4TnIKExsVE

About a week ago from Jordan Rudess's Twitter via Publer.io

#FlashbackFriday I co-wrote this beautifully arranged track with Italian Bassist, @AlbertoRigoni. He originally sent me a lovely bass track, and I let the inspiration flow and came up with the rest, in which you can hear in the track, entitled, “L’Origin du Monde”. pic.twitter.com/HB5CLB0Uyl

The @moises_ai app is an incredibly powerful learning tool for musicians as well as offering anyone the ability to hear their favorite music in ways never possible before. #JordanRudess #Moises #MoisesAI #MadeWithMoises #TrackIsolation #MusicComposition pic.twitter.com/JZNdwBfjY8

Check out this beautiful work by the talented keyboardist, @GlebKolyadin entitled "The Outland." Currently available on his Bandcamp and featuring Gavin Harrison on drums. glebkolyadin.bandcamp.com/alb… pic.twitter.com/a8ABd3AKda 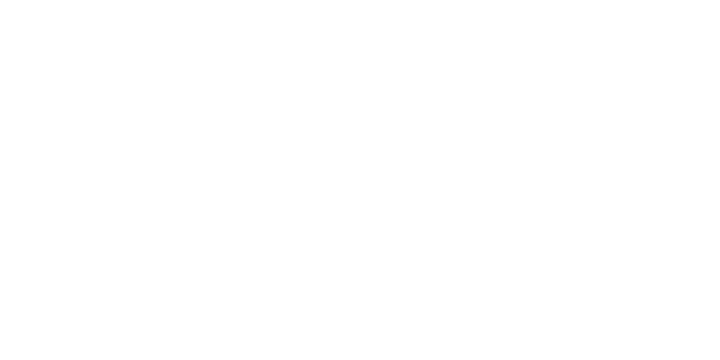 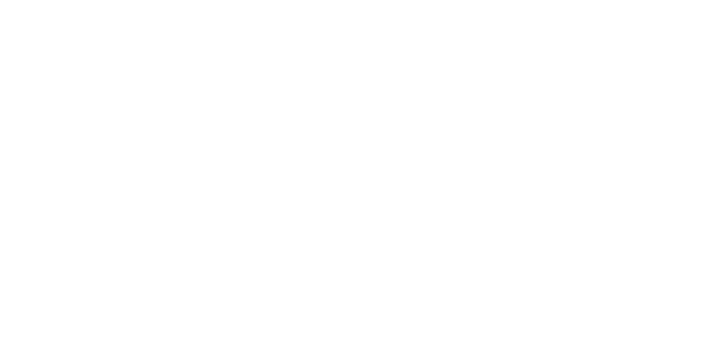 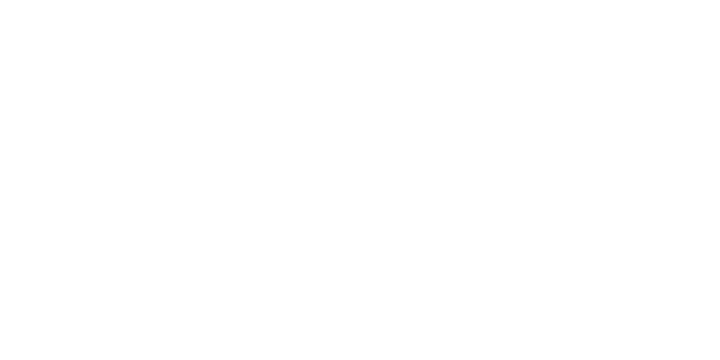 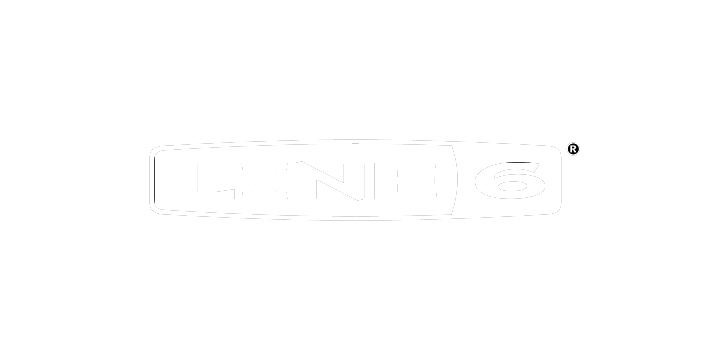 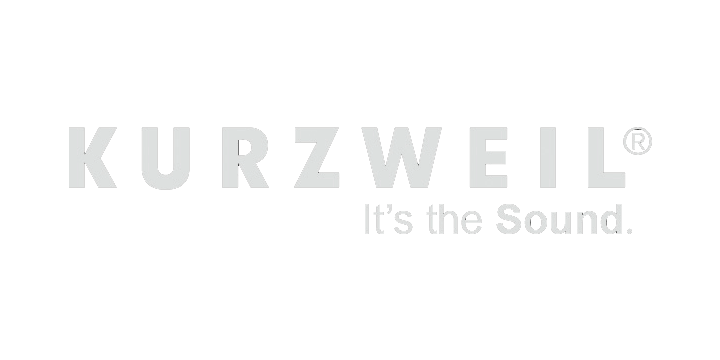 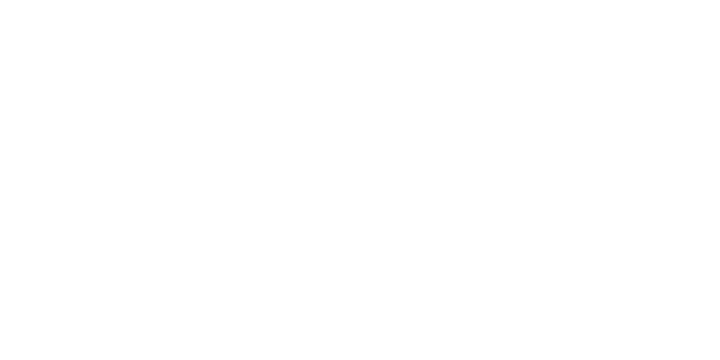 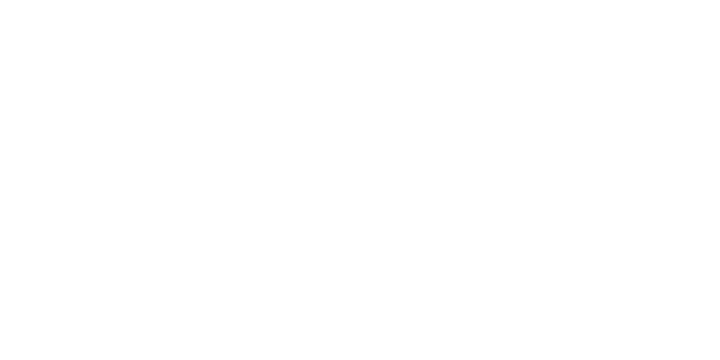 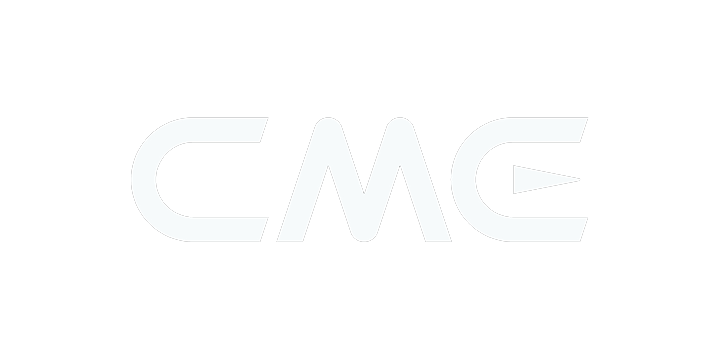 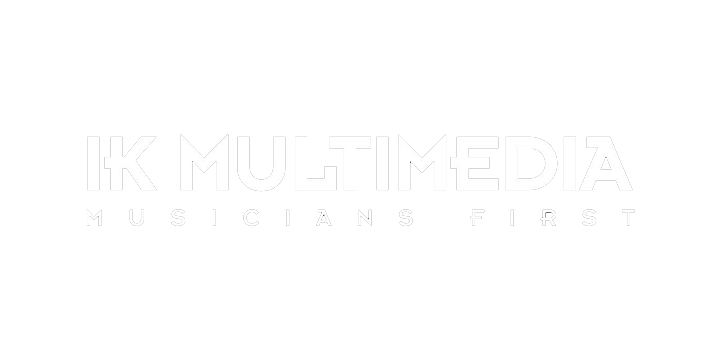 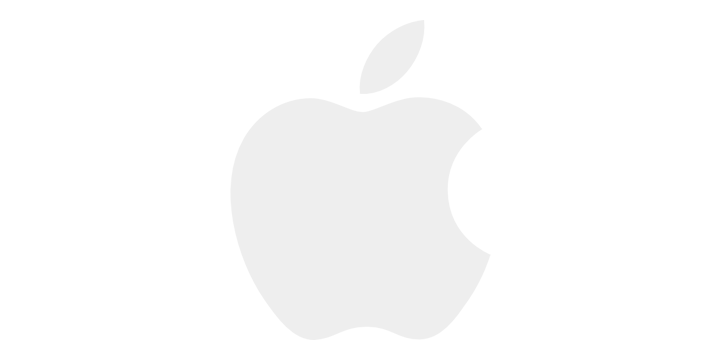 After performing in various projects during the 1980s, he gained international attention in 1994 when he was voted “Best New Talent” in the Keyboard Magazine readers’ poll after the release of his Listen solo album. Two of the bands that took notice of Rudess were The Dixie Dregs and Dream Theater, both of whom invited him to join. Rudess chose the Dregs, primarily as being a part-time member of the band would have less of an impact on his young family.

During his time with the Dregs, Rudess formed a “power duo” with drummer Rod Morgenstein. The genesis of this pairing occurred when a power outage caused all of the Dregs’ instruments to fail except Rudess’, so he and Morgenstein improvised with each other until power was restored and the concert could continue. The chemistry between the two was so strong during this jam that they decided to perform together on a regular basis (under the name Rudess/Morgenstein Project or later RMP) and have released a studio and a live record. RMP did a short U.S. tour in November, 2013.

Rudess has been the full-time keyboardist with Dream Theater, since the recording of 1999’s Metropolis Pt. 2: Scenes from a Memory. He has recorded seven other studio albums with the group: 2002’s Six Degrees of Inner Turbulence, 2003’s Train of Thought, 2005’s Octavarium, 2007’s Systematic Chaos, 2009’s Black Clouds & Silver Linings , A Dramatic Turn of Events, the self titled Dream Theater, as well as their newest album, The Astonishing, a Rock Opera. The story was written by John Petrucci with music written by John Petrucci and and Jordan Rudess. After touring in three continents around the world with The Astonishing, Dream Theater is preparing to embark on a tour in 2017 to commemorate the 25th anniversary of “Images & Words which will see the groundbreaking album performed in it’s entirety along with selections spanning the bands history.

In addition, he has appeared on the live albums and DVDs Live Scenes From New York, Live at Budokan, Score, Chaos in Motion, Live at Luna Park, and Breaking The Fourth Wall which went to #1 on the Billboard charts.

In addition to working with Dream Theater he occasionally records and performs in other contexts, such as a 2001 one-off duo performance with Petrucci (released as the CD An Evening With John Petrucci and Jordan Rudess), as well as backing up Blackfield on their first short US tour in 2005 and playing a solo opening slot for them on their second in 2007. He also contributed to Steven Wilson’s 2011 album, Grace for Drowning. In 2013, Rudess joined with bassist, Tony Levin, and drummer, Marco Minneman, to create a new supergroup, LMR. In 2015, LMR released their second disc From The Law Offices Of Levin Minnemann Rudess.

In 2010, Rudess composed “Explorations for Keyboard and Orchestra,” his first classical composition. It was premiered in Venezuela on November 19, 2010 by the Chacao Youth Symphony Orchestra and guest conductor Eren Başbuğ. Rudess played all of the keyboard and synthesizer parts. A full symphonic recording of Explorations was released in December 2014 played by Poland’s Sinfonia Consonus.

In 2013 he released “All That Is Now“, a solo acoustic piano recording which works interactively with his app, “Jordan Rudess Explores” and his orchestral album, “Explorations” which features a 50 piece orchestra. In 2015, he released “The Unforgotten Path” which was a collection of original tracks as well as a collection of acoustic piano covers of songs that have inspired his musical life.

Jordan’s interest in state of the art keyboard controllers is another area of his career in which he has achieved success. Jordan owns the successful App development company Wizdom Music, which has developed award-winning apps including: MorphWiz, SampleWiz, Geo Synthesizer, SpaceWiz, SketchWiz, Tachyon, Explores, EarWiz, JordanTron, HarmonyWiz, and GeoShred. MorphWiz won the first ever Billboard award for Best Music Creation App. Wizdom Music has also built apps for Intel, Microsoft and RIM.

He is Chief Music Officer at CME Music, creators of the acclaimed XKey mobile keyboard, as well as the Director of Music Experience for the London-based technology company, Roli Labs, creators of the Seaboard. Jordan has had the honor of being the keynote speaker at MacWorld, Microsoft Build Developer Convention and Project BBQ. In addition, he is the author of 2 keyboard technique books including his latest, “Total Keyboard Wizardry: A Technique and Improvisation Workbook”. Musicians all over the world subscribe to Rudess’ Online Music Conservatory, which offers a full range of courses in everything from harmony and rhythm to improvisation, ear training and technique.