THE LEGACY OF DREAM THEATER

Originally named Majesty by Berklee College of Music students John Petrucci, bassist John Myung, and drummer Mike Portnoy, the band soon expanded with the addition of keyboard player Kevin Moore and vocalist Chris Collins. Releasing an eight-tune demo, Majesty Demo, as Majesty, the group sold 1,000 copies within six months. The departure of Collins in late 1986 left Majesty without a vocalist, and after a long period of auditioning possible replacements, the group settled on Charlie Dominici in November 1987. Changing its name, the group agreed on “Dream Theater,” inspired by a now-demolished California movie theater. Signing with Mechanic Records, the group began working on its first full-length album. Delays caused by label mismanagement limited the group to performing at small clubs and bars. Frustrated by its experiences with the label, Dream Theater finally severed its ties with Mechanic.

This was only one drastic change in the band’s course of action. Firing Dominici, the group spent the next couple years searching for a vocalist. The search ended in late 1991 when a demo tape from Canadian vocalist James LaBrie, formerly of Winter Rose, arrived. After flying to New York to audition, LaBrie was invited to join the band. Signing with Atco Atlantic (which came to be known as East West), Dream Theater released its second album, Images & Words, in 1992. One of three videos based on songs from the album, “Pull Me Under,” became an MTV hit. Although the band showed considerable growth with their third studio album, Awake, recorded between May and July 1994, the group continued to be hampered by personnel changes. Before the album was mixed, keyboardist Moore left the group to focus on his solo career. Hired as a temporary replacement for the band’s Waking Up the World tour, Derek Sherinian later became a permanent member. His first recording with Dream Theater was a 23-minute epic, “A Change of Seasons,” written in 1989 and released in September 1995 on the album of the same name.

Following a mini tour, Fix for ’96, the members of Dream Theater separated for several months and became involved with a variety of outside projects. Petrucci was the busiest. In addition to joining Portnoy and keyboard player Jordan Rudess in the Liquid Tension Experiment — a group that included influential bassist/stick player Tony Levin — Petrucci played guitar with Trent Gardner’s Explorers Club and made a guest appearance on Shadow Gallery’s Tyranny album. Myung and Sherinian collaborated with King’s X vocalist Ty Tabor in the band Platypus. LaBrie worked with Mull Muzzler, a group formed with Matt Guillory and Mike Mangini.

Dream Theater experienced yet another change when Jordan Rudess was tapped to replace Sherinian, who had been fired in 1999. The band released the progressive rock-heavy Scenes from a Memory that year, a conceptual piece that followed the story of a 1928 murder of a young woman and how a modern man is haunted by the crime. It was followed by Live Scenes from New York in 2001, which suffered from an unintentional bout with controversy when its original cover featuring the city of New York in flames was pulled due to the events of September 11. The group continued in the progressive metal vein in 2002 with Six Degrees of Inner Turbulence, followed by the leaner Train of Thought in 2003 and Octavarium in 2005. The live album Score: XOX was released in 2006 and featured the band backed by a 29-piece orchestra. It was followed a year later by the new studio album Systematic Chaos, and in 2009 by Black Clouds & Silver Linings. 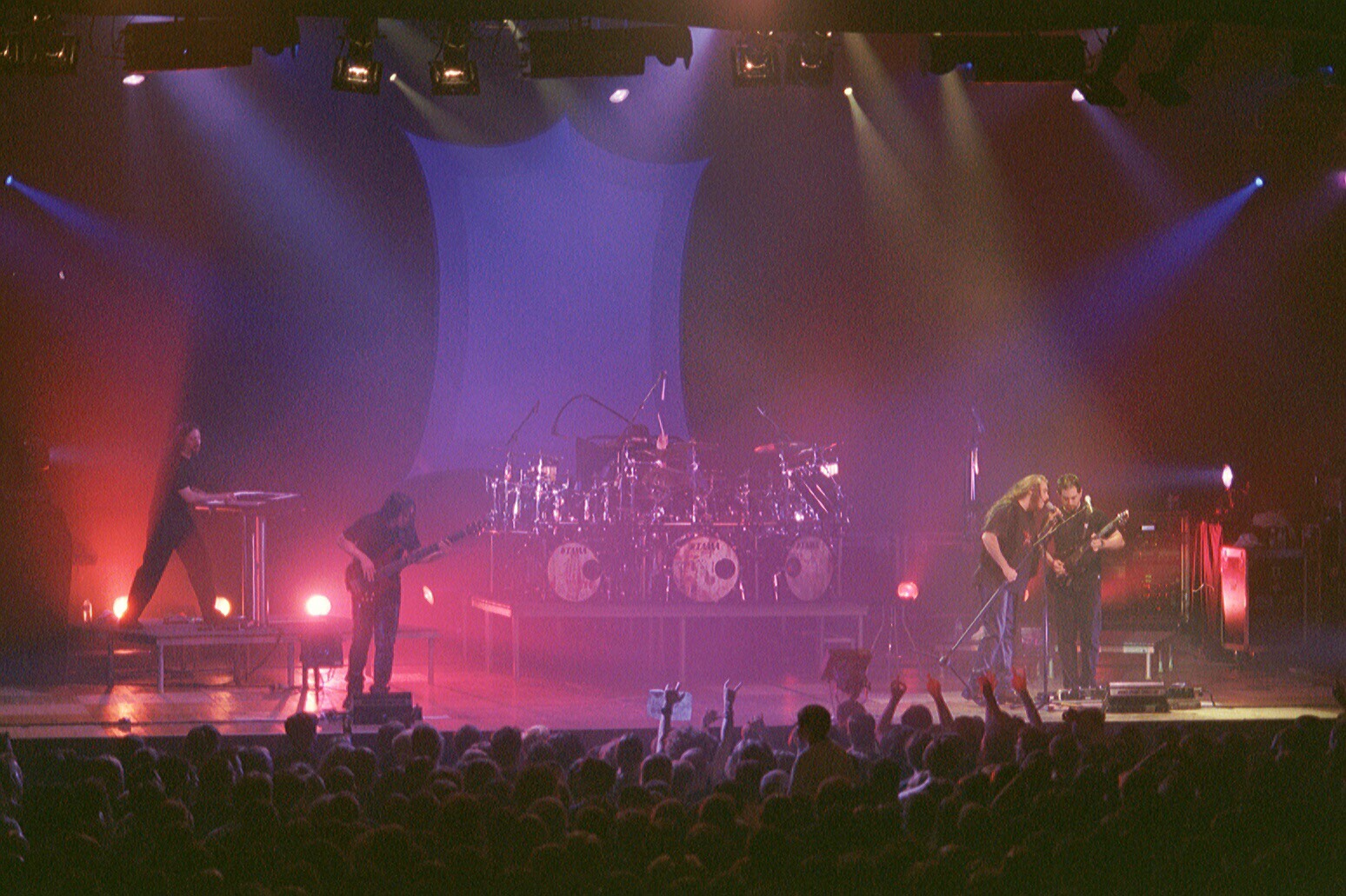 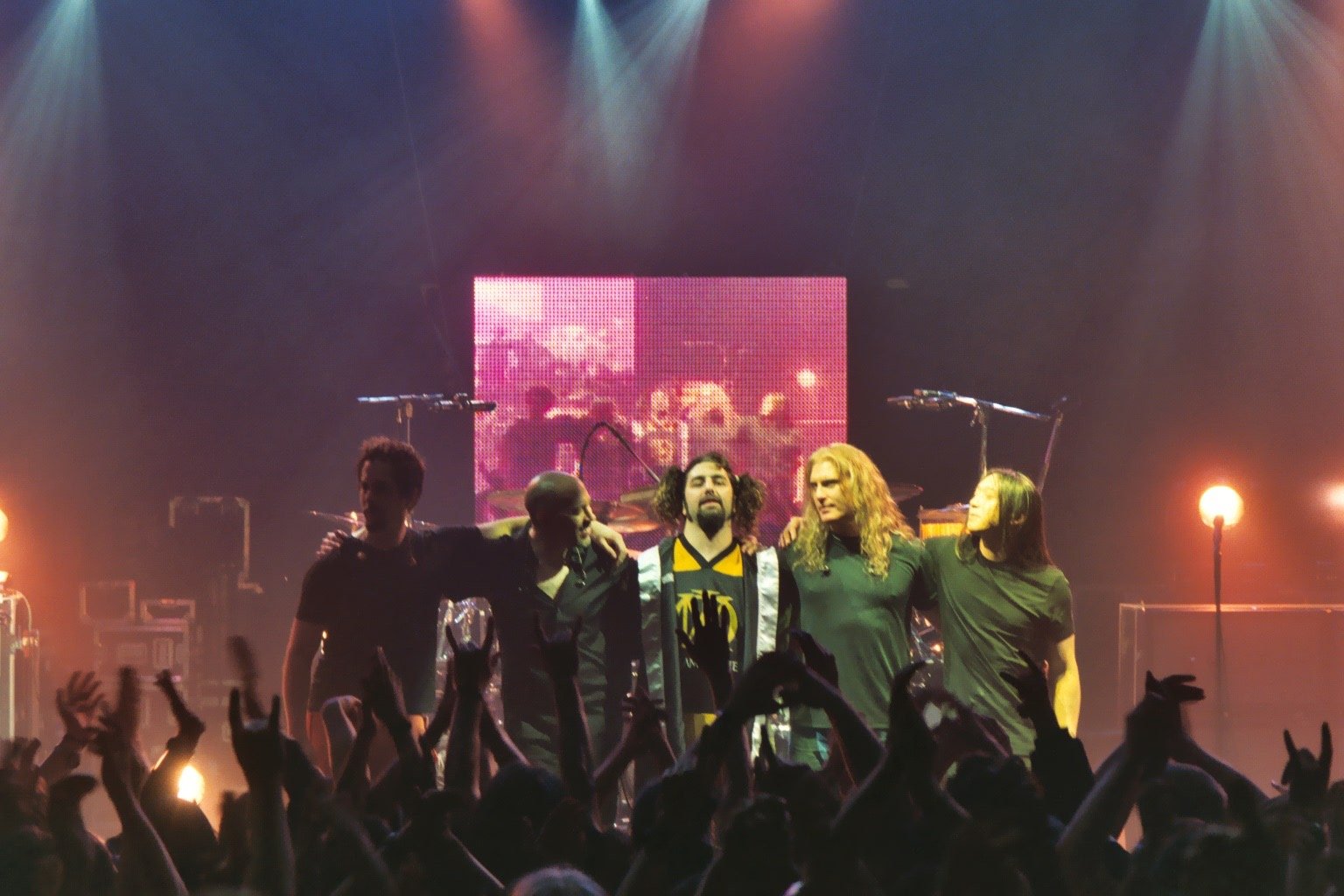 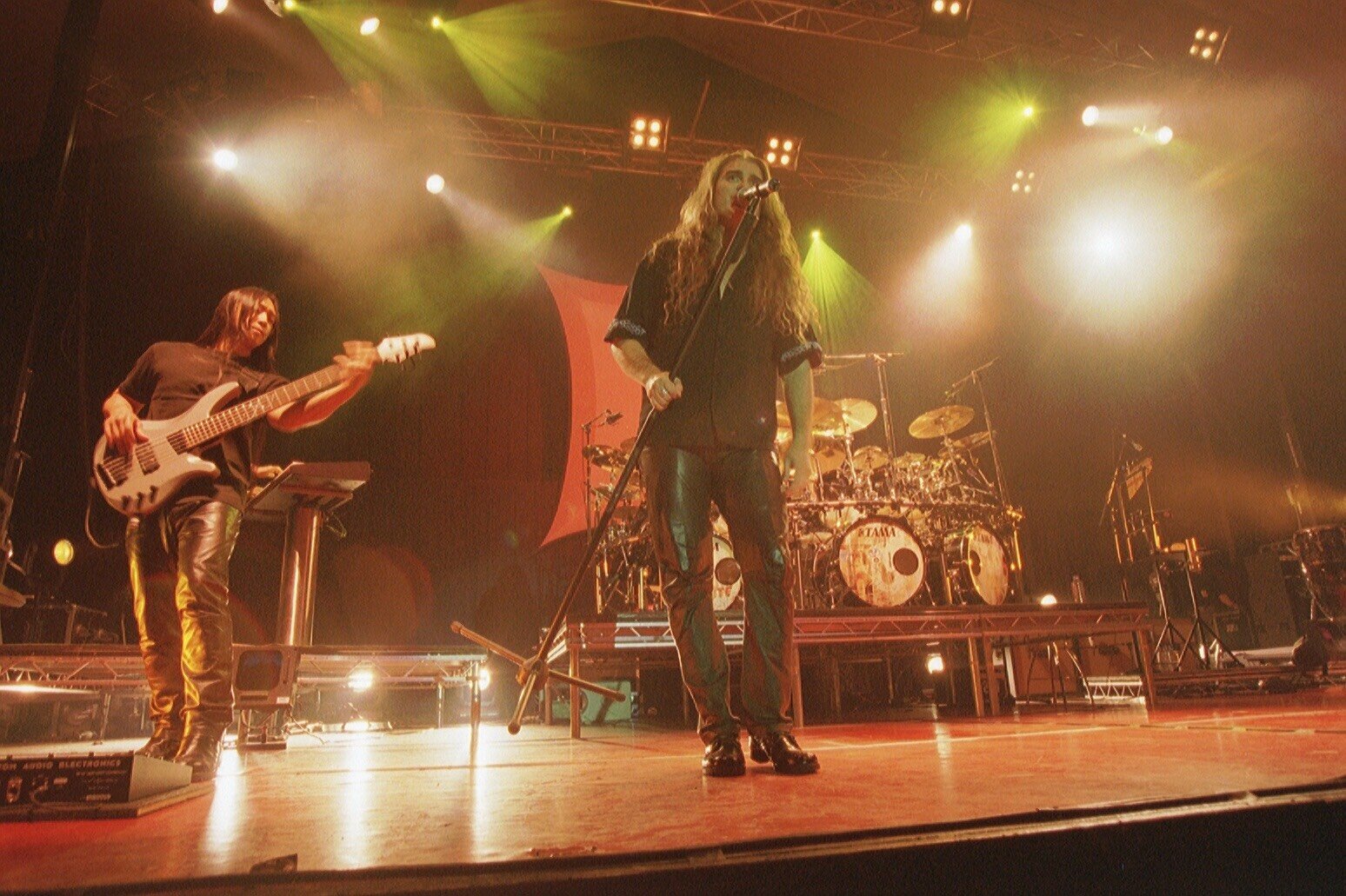 Sherinian went on to record as a soloist and to play with a prog and jazz fusion band, Planet X. Petrucci released an eponymously titled solo album in 2003, featuring accompaniment by Dave LaRue of the Dixie Dregs and Boston-based drummer Dave DiCenso. In late 2010, Mike Mangini joined the group, replacing drummer Mike Portnoy, who left the band in September of that year. 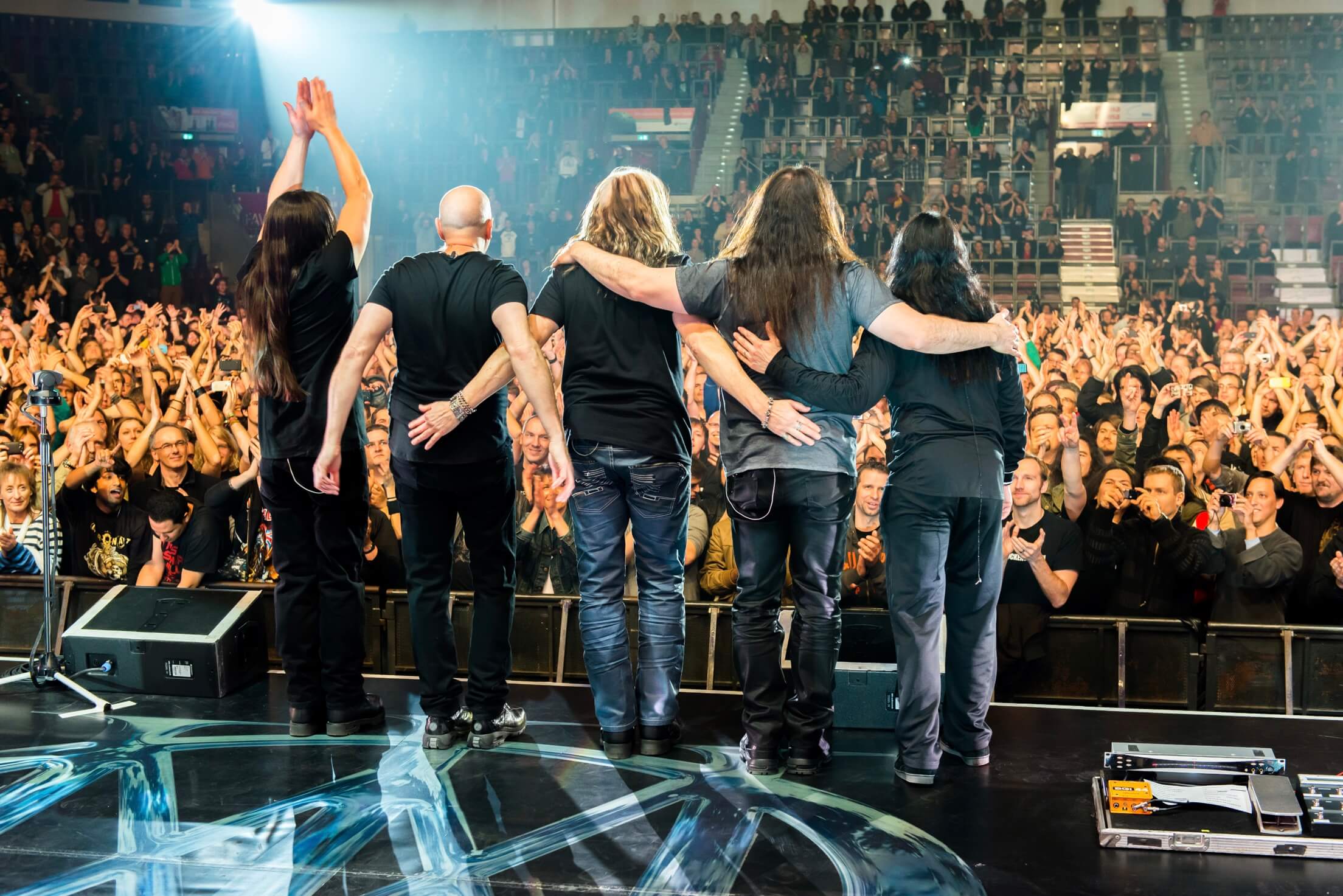 With a rigorous touring schedule to firmly break in new drummer Mike Mangini, Dream Theater somehow found time to record. They pre-released the track “On the Backs of Angels” to YouTube via their label, Roadrunner, in June of 2011, followed by the CD release of the aptly titled full-length, A Dramatic Turn of Events, in the fall. After a period of rigorous international touring, the band took a break though its members continued writing.

They reconvened in early 2013 and returned with a self-titled studio album in September — this one with Mangini completely involved in the writing process — followed in November with the concert recording Live at Luna Park on CD and DVD, which was recorded during the Dramatic Turn of Events tour over two nights at the Buenos Aires soccer stadium. Recorded live at the Boston Opera House on March 24, 2014, the concert recording Breaking the Fourth Wall arrived the following year, and in lste 2015 the band announced their 13th studio album, The Astonishing. A completely conceptual sci-fi offering, it was released on January 29, 2016.

Dream Theater celebrated the 25th Anniversary of the classic album Images and Words in 2017 with the worldwide ‘Images, Words & Beyond’ tour. The band entered the studio in 2018 to work on ‘Distance Over Time’ which will be released in February 2019. The first single to be taken from the album ‘Untethered Angel’ was released in December 2018.